#402
Bestop offers one. I currently don't have one in stock for those year models. Ill check on it for you.

SUPPORTER
#403
VOLT said:
Thanks Tripp, that's what I'm looking for although wondering if they made one for the years with the fastback cage. I have not seen any.
Click to expand...
Contact Matt @ Gr8Tops he might can have you one made. My Spice Bestop cover only lasted about 2 years.
M

#406
For some reason I couldn't see a pick of the jacket. That sounds very interesting for the cj5.

SUPPORTER
#407
I ordered one. I'm going to take picture of it installed for their site even though it's not a YJ. I will post it up here too.

SUPPORTER
#408
I'm clearly no photographer but this thing has quality written all over it. I hope I get some life span out of it. 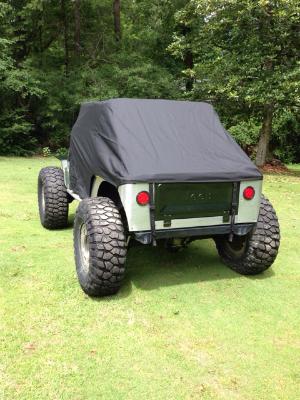 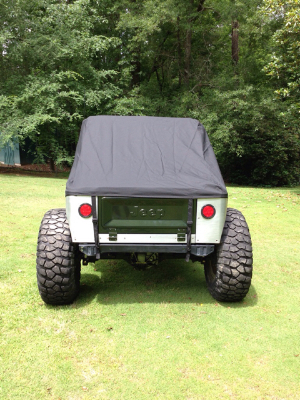 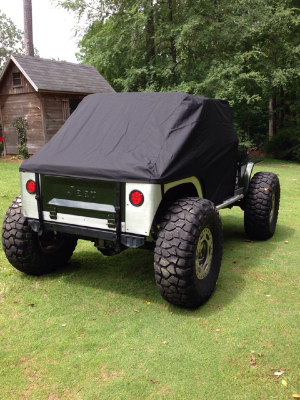 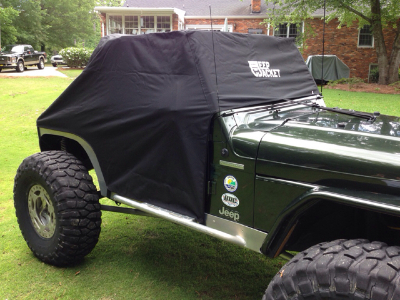 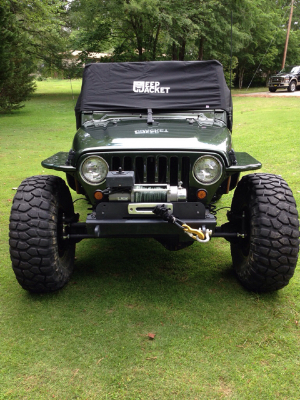 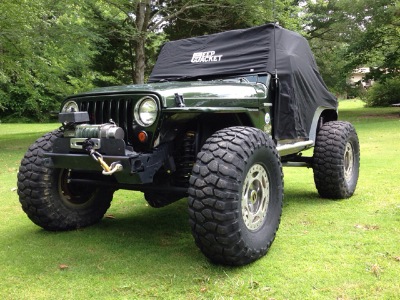 SUPPORTER
#410
That was my first time putting it on. I think I may try with doors off. Looks like it may fit better plus I should be able to sneak a look to see how much water came it from the cowl area easier. I need to find that leak now.

SUPPORTER
#411
I need to get one of those for my TJ. How small does it pack if you wanted to store it in the jeep?

SUPPORTER
#412
Installed some top props. I had to cut down the one for the top. It was crazy tall. 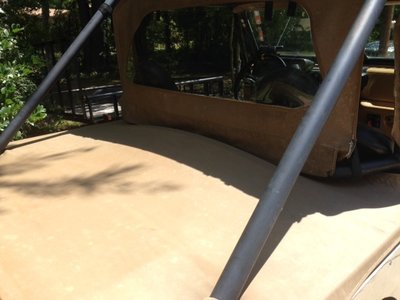 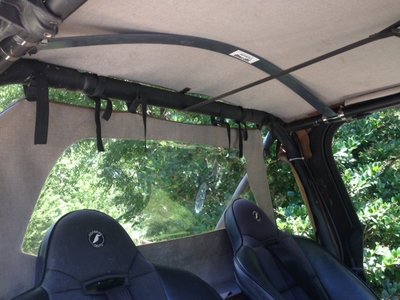 SUPPORTER
#414
I broke my 5th vice yesterday! This time I was trying to press a seized caliper. Oh the humanity.

SUPPORTER
#415
Lol, throw a tag on it and drive it twice a month so things quit seizing and or falling off

SUPPORTER
#417
Not much has changed here. The rear body mount crossmember has been clearanced for the truss' uptravel and another support put in place. 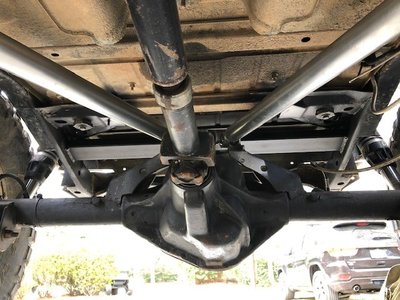 Still battling the trackbar mount welds at the frame, whether it be the horizontal or vertical welds or even the frame rail, I always find hairline cracks after a trip or two. This is after Todd went over the original welds for me and sure enough, next time out it cracked the bracket and the frame rail underneath. 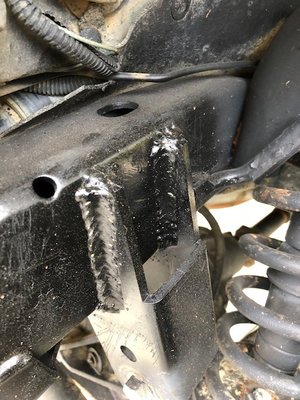 A while back my CB quit working on a wheeling trip so I got a new one and sure enough, on the next trip the new one would not transmit either. I talked the group I wheel most with to get some Rugged Radios and we did. Well, on the next trip everyone's worked except mine lol. Same problem, I could hear perfect but unable to transmit. I sent it back to Rugged and they said it was fine although they sent me a new unit just for good measure. Although it was a new unit, they returned it with the same PTT handheld and you guessed it, went on another trip without being able to transmit. At this point I am convinced that the interference is clearly coming from my rig so I pull my LED overhead light as well as my LED rock lights to see if they were causing interference, no difference. I'm now convinced it has to be the split second fuel/timing calibrator but I decided to install the unit in Bud's Jeep anyway and sure enough it would not work in Bud's Jeep either. Now I'm thinking its the PTT handheld that's bad. I sent the replacement unit back to Rugged and now they sent me their best 60 watt UHF unit. Its been a couple of years since I was last able to radio to anyone outside my Jeep. Been through 2 CB's and 2 VHF/UHF radios. I have not installed the new one yet but am putting it in place of the radio in the dash. I'm certain that it won't work lol. 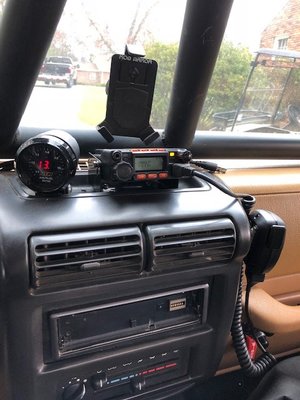 Got a couple new tars though! 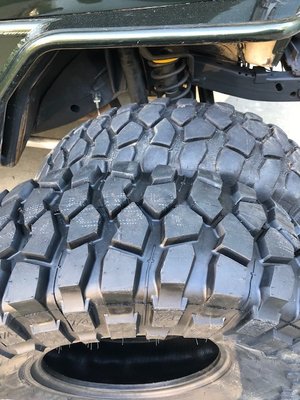 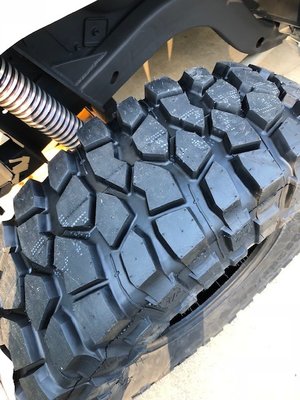 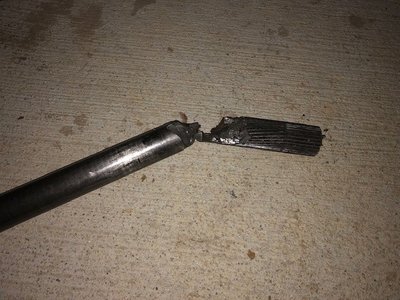 These shafts are toothpics though. I honestly cant believe how long they have held up. After talking with ECGS i decided to just replace it with another Chromo shaft with a lifetime warranty. (I'm thinking this may have been a 1541H) Just to rent the boaring tool to upgrade my spindles for 35sp was $250!
Currently my Jeeps at my friend Todd's shop Loosely Lucky for repair of the cracks in the Rubicon Express suspension subframe as well as framerail cracks. This old Jeep has been taking a beatdown for many years and now its catching up with it. I have had issues the last 4 trips and I'm hoping Oscar brings a change for the better, knock on wood.

LIFETIME
SUPPORTER
#418
Those tires are sweet. I bet they make a huge difference.

SUPPORTER
#419
On the trac-bar issue do you think it got too hot at some point and weakened the frame or mount? Maybe look into a different style mount that shares the load a little more