#1
First, I want to thank several of you guys that helped out giving me some basic information to get started.

I have a new truck and I'm a first time 4x4 owner. Naturally, I wanted to play around a bit and learn what some of the capabilities were.

My wife and two boys came with me and we spent about 7 hours in the gorges total. We packed the grill and lawn chairs and spent a couple of hours sitting right at jumping off rock.

It was a great place to go for a first timer. I didn't know what to expect. Our last truck was a 2wd with open rear end, no traction control, etc. The new truck was leaps and bounds better, even in 2wd. We came across 3-4 short sections that required 4wd.

I was hoping for a little bit more challenge, but being a new truck, I'm not ready to get any war wounds. :smile: So probably for the best.

Here's a few photos of our day, and again, thanks to this forum for bringing Jocassee to my attention. 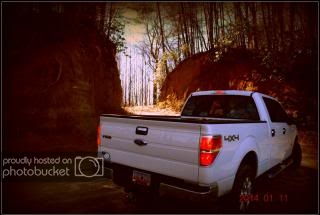 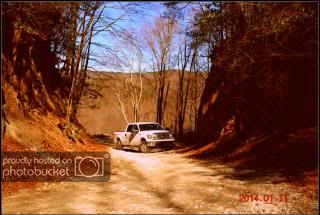 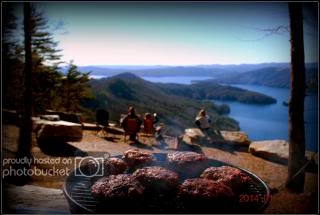 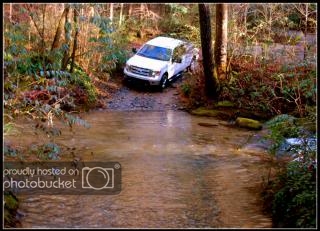 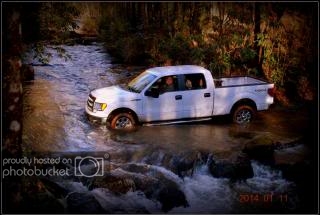 #2
I've been trying to make the photos larger, but can't figure it out.

#3
It was a PERFECT day for Jumping Off Rock!

I've been several times, once when the fog was so heavy you couldn't see past the edge of the rock.

SUPPORTER
#4
Great pictures! I'm glad the weather was nice for y'all up there today. Thanks for sharing.

SUPPORTER
#5
Looks like y'all had a great time! Good pictures man.

SUPPORTER
#6
Yep, looks like it was the perfect day. Wish I had known it was going to be so nice out, I woulda made Jimbo come up there.

I am very curious to know the situation on the roads up there. As far as being open and what not.
T

#7
It was the perfect weather! Got to get out when we're blessed with that weather in January! Seems like the last month or more it has been either too cold, or raining.

matth, we did see on a large sign that the roads would be closing on Jan 15th. Now, maybe the sign is still based on the old regulations? Don't know.

We had just had that rain storm blow through, so we expected some muck. There really wasn't much though. There were just a handful of spots that a car could not have gotten through. We took horsepasture all the way out to Jumping Off Rock, then north to Laurel creek and up close to the state line and back east. The northern part of that loop was the worst.

There was one steep section where the mud was 10-12" deep that got tricky for us. Remember, I'm in a 157" wheelbase 6k pound crew cab with street tires! It was tight quarters, and we didn't make it the first run. I went to 4L, locked the rear and let the mud fly. I was sliding slightly to the right while climbing, and there was a drop off. Other than that one moment, we never lost traction or slid at all. The traction control system was flawless, and I felt it working many times.

There were at least 3 different large groups of Jeeps out. Some were covered in mud. I never found where they got to play in the mud that much. And really, unless it was free of trees to bang into, I wouldn't do it in this truck anyway. I need to find a cleared area that I can play in without risk. This certainly wasn't it. I was on edge enough with all the branches hanging out in the road looking to pinstripe us. My wife got out a few times to hold things back so we could pass unmarked.
D

#8
Does anyone Know If the trails to jocasses gorges is open now an how to get there? Thanks

SUPPORTER
#9
I think the trails are closed now, but I'm not sure, some of the other guys know better than I do.
D

#10
Yeah looked on their site.it says jumping off rock open year around. But not sure about horsepasture rd an all.idk

SUPPORTER
#11
Go to jocassee gorges state park on the nc side. Open all year
D

#12
Is that where horsepasture rd an jump off rock trails are? An how do I get there?